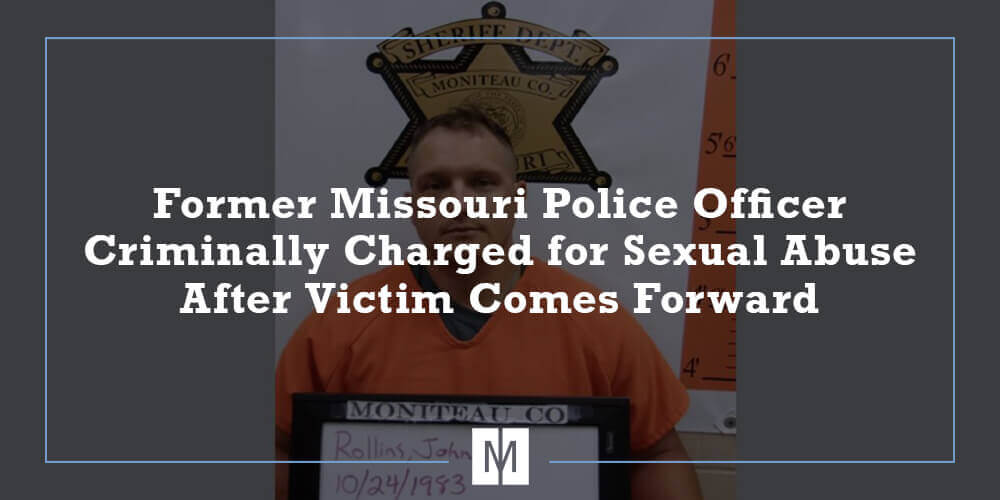 The charges were filed against John Rollins, age 34, on July 26, 2018 by the prosecuting attorney in Moniteau County. According to the Complaint, Rollins abuse of the minor girl spanned “several years” from ages 5 to 13. The court records provide details surrounding the abuse, including allegations that Rollins performed oral sex on the young girl “almost daily” and on at least one occasion, forced her to perform oral sex on him. Rollins is charged with felony first-degree sodomy of a minor child.

More and more frequently, we are approached by victims of sexual abuse who wonder if there is anything else we can do to help them? These questions include: “What are my rights?”, “Do I have a right to pursue a civil claim?”, “If so, what can a civil claim do for me?”, “Will it help cover costs of counseling and therapy?” The answer is YES. In addition to criminal charges, victims of sexual abuse are entitled to pursue civil claims and recover money. By and large, criminal courts lack the ability to award money damages to a victim for the consequences of a wrongful act.  Civil courts remain the best avenue when one seeks compensation for the injuries, damages and consequences of a wrongful act.

If you have questions about sexual abuse, and are not ready to speak to an attorney, check out our free booklet.

A civil case for personal injury can go forward whether or not there was criminal prosecution.  Frequently, especially in instances of sexual abuse of a minor, there is an attendant criminal prosecution, and frequently the civil case is pursued after the perpetrator is already convicted and imprisoned. In most cases, victims of child abuse take years to realize the mere fact that they have been victimized.  In many instances, victims repress the memories of abuse as a psychological safeguard. These repressed memories may be the first hurdle to pursuing a case for sexual abuse.  All types of claims or lawsuits have time limits that are generally referred to as “statutes of limitation.” In Missouri, for example, a victim of sexual abuse has 10 years to file a lawsuit against the perpetrator, much longer than the shorter time limits for other personal injuries. Additionally, if the victim can support that the memory or recognition of abuse has been repressed, then the statute of limitations will be “tolled”, or extended, to 5 years from the date the repressed memories were discovered.