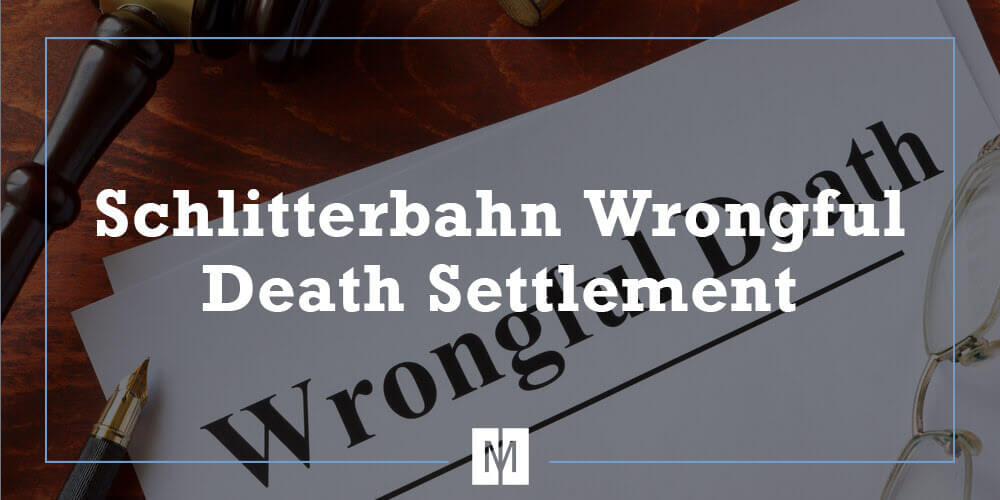 Many have heard about the tragic death of Caleb Schwab on the Verruckt water slide at Schlitterbahn in Kansas City, Kansas. This is a terrific settlement for a family who suffered a needless and avoidable tragedy. However, this tragic event and the resulting settlement highlight an even greater tragedy inherent in Kansas wrongful death cases. Caleb’s father is a Republican member of the Kansas State Legislature. Compellingly, Kansas Republicans were principally responsible for draconian limits on recovery for wrongful death. In 2014, the Kansas legislature passed a bill actually slightly increasing the limits on recovery for wrongful death from $ 250,000 to $300,000. This came only after the Kansas Supreme Court pressured the legislature to increase the limitations, as they had otherwise remained unchanged since 1998. The bill gradually increases the limits over an eight year period to $350,000.

While the recovery of such a substantial sum is curious under Kansas law, there are a couple possible explanations. First, Texas law applied as two of the defendants were associated with Schlitterbahn, a Texas based company. Texas has no limits on recovery for wrongful death in circumstances such as this. Second, while Kansas applies a cap or limit on wrongful death recovery for “non-pecuniary” damages (mental anguish, bereavement, loss of society and loss of companionship), families of decedents can recover additional money to the extent the aggrieved family can show “economic loss” from the death. Such economic losses are usually attributable to medical expenses and the prospect of future lost income. Caleb was killed instantly, so any lost medical expenses were undoubtedly small or non-existent. Similarly, at the time of his death, Caleb was 10-years old, so there was little chance of any projected substantial future lost income. Finally, a host of “economic” expenses were identified in a case decided in 1985 by the Kansas Supreme Court. In Wentling v. Medical Anesthesia Services, P.A., the court decided that loss of marital or parental care, services, training, advice, and financial support are economic or pecuniary losses for which there is no limit on recovery. 701 P.2d 939, 47-48 (Kan. 1985). While this opens up a theoretical basis to claim substantial damages in a wrongful death claim, Kansas courts reveal little success over the years of families in recovering substantial Wentling damages.

So, how was Caleb’s family able to recover such a large sum here, when most of the legal arguments would have prevented the recovery of substantial money damages in Kansas for the death of a 10-year old child? The ultimate tragedy in this settlement is, few who are not so situated as a Republican legislator have a similar opportunity. Certainly, the well-publicized tragedy also had some cachet in producing the large settlement. But, the rank and file litigants in Kansas who suffer the loss of a loved one, even as a consequence of horrific misconduct by a defendant, have very limited rights to recovery money damages. While the loss of Caleb to the Schwab family is undoubtedly tragic and deserving of a large settlement, not until all people have the same rights will this settlement be viewed as fair.

If you or a loved or have suffered the death of a family member, you have the right to pursue a wrongful death case. Strict rules apply as to who can sue, when such individuals can sue, and how much can be recovered. Only an experienced attorney can help you navigate the time and money limits on such cases.