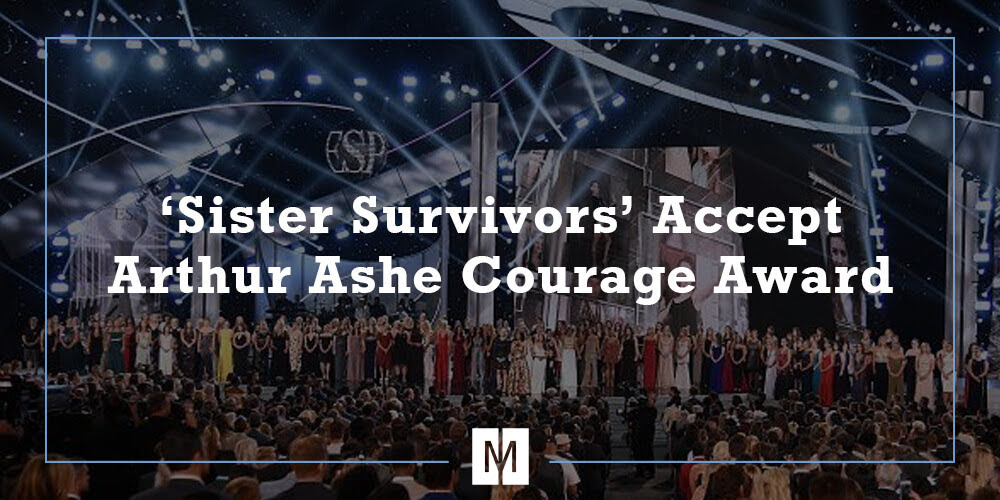 Last night, 141 women, representing all of the survivors who spoke out about the abuses they endured by Larry Nassar, received the Arthur Ashe Award for Courage. The award, named for American tennis player Arthur Ashe, is presented annually as part of ESPN’s ESPY Awards. It is presented to recipients who “reflect the spirit of Arthur Ashe, possessing strength in the face of adversity, courage in the face of peril, and the willingness to stand up for their beliefs no matter what the cost.” We cannot think of more deserving recipients.

Few personal injury lawsuits are more sensitive or generate more emotion, indignation, embarrassment and stress than sexual abuse cases.  Violence against children reveals the very worst element of society. Victims of sexual abuse are scared.  They are afraid of reprisal from a host of sources, most of whom may be difficult for outsiders to understand.  Victims fear their perpetrators and may even have an unhealthy and hard-to-understand affection for their perpetrators.  Hence, it may be difficult for a victim to ever report abuse.  Victims are ashamed, fearful, and even at times, oblivious to their victim status.  Attempts to report to parents, school administrators, and the like, may be dismissed as unbelievable. It takes an enormous amount of strength and courage to report sexual abuse. If you, or a loved one, are a victim of sexual abuse we are here and are more than willing to stand up in the face of adversity no matter the cost.

“To all the survivors out there, don’t let anyone rewrite your story. Your truth does matter. You matter. And you are not alone.” Aly Raisman, Two-Time U.S. Olympic Gymnast, 2012 and 2016